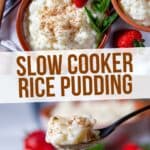 How can something that is so simple to make taste so indulgent and delicious?! This recipe for slow cooker rice pudding makes a rich and creamy dessert which is perfect for serving hot or cold.

Rice pudding is one of those desserts that many people have their ‘own’ recipe and ways of cooking. Traditionally in Britain it is made in the oven (which is the way I remember from when I was younger!) or on the stove. However, it can also be made very easily in the slow cooker.

Why use a slow cooker for rice pudding?

Baking in the oven produces a pudding that has a denser texture, and the top tends to brown and create that infamous cooked milk skin!

When you slow cook rice pudding you end up with a very different result, the texture is much creamier and smoother throughout. The rice really fluffs up and you get a pudding which you can stir through perfectly.

The beauty of cooking it this way (aside from being very simple and tasting fantastic!) is that it makes it so easy to serve a number of different ways. Enjoy it hot with spices, or cold with some fresh red berries on top.

What ingredients are in Slow Cooker Rice Pudding?

Although the general recipe for rice pudding is very simple, the ingredients can vary a little depending on how rich you want to make it. Personally, I like the richer end of the scale and when I make it I add in cream, butter and a dash of vanilla.

This creates a pudding which is very silky and creamy in looks and taste. It really feels like a treat to eat whilst still being very cost effective!

The ingredients for this crock pot rice pudding recipe are:

Do I have to use pudding rice?

Pudding rice is a broad, short grain rice and holds up to the slow cooking required to make rice pudding. This is definitely the the best choice.

Arborio (risotto) rice is a similar shape to pudding rice and can be used as a substitute. The grain is a little firmer and will still produce a nice pudding, although it will take a little longer to cook.

Long grain rice varieties are much more delicate and will break down in the milk. You’ll lose the definition of the rice and end up with a more ‘stodgy’ texture in the pudding.

There really isn’t much of a method to follow! It’s literally a case of putting everything in the pot, stirring through, then cooking. If you want a real no-fuss pudding then this is the one to make!

What can I serve with it?

As rice pudding is sweet and creamy, the accompaniments that work well and compliment the richness tend to have quite distinct flavours.

If you like the look of this meatloaf recipe, try these other hearty and delicious recipes:

How long will rice pudding keep for?

Slow cooker rice pudding will keep well in an air-tight container in the fridge for up to three days.

When the pudding cools it will thicken and set. The pudding can be loosened when heated through by adding a little milk and stirring gently. Ensure the pudding is piping hot all the way through before serving. 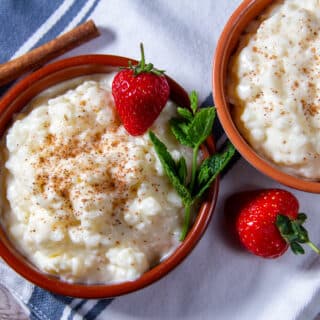 How can I tell when it’s cooked?

Similarly to dinner rice, taste the rice intermittently. If it still has too much bite or is crunchy, it’ll need to be cooked for longer.

Due to the variance in heat produced by different types of slow cookers, there may be some adjustments required to the stated cooking times. The slow cooker used in this recipe has a metal pot and cooks very quickly; more time will be required for slow cookers with ceramic pots. 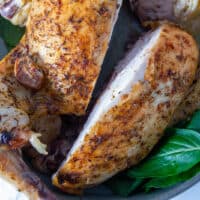 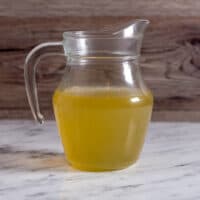 […] Slow Cooker Rice PuddingThere is nothing quite like homemade rice pudding is there? Make this recipe in the slow cooker and you get a much smoother, more creamy rice pudding. Warm rice pudding is perfect for cosy nights in, yet you can also have this cold. […]

Great to hear, thanks for the review!

Hi can you freeze this rice pudding once cooked please

Hi, yes it can be frozen once it's cooled.Just defrost it in the fridge first before using.

Can I use risotto rice instead?