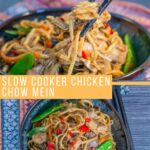 Fresh egg noodles, crunchy vegetables and succulent chicken all cooked in an aromatic and flavoursome sauce. Slow Cooker Chicken Chow Mein is a simple to make noodle dish which will please all of the family.

We really couldn’t have an Asian slow cooker recipes category here at Slow Cooker Club without including Chow Mein. It’s a popular choice in restaurants, being one of those dishes that everyone will enjoy. But it’s also fantastically easy to make at home so it’s a great addition to your evening meal repertoire.

As with many recipe names, the title Chow Mein (or chaomian which means fried noodles) refers to the way that the food is cooked rather than the ingredients. So although there is no frying involved in this slow cooker recipe the result tastes remarkably similar. I don’t think stir fried vegetables and noodles are ingredients that you would expect to work in a slow cooker, however technique makes all of the difference!

In the recipe steps I include instructions for ensuring crunchy vegetables, beautifully soft chicken and noodles that hold their shape. The end result is a wonderfully flavoured and textured dish which I hope you enjoy cooking and eating.

Why Make This Recipe?

Chicken – Chicken thighs stay juicy over longer cooking periods, so are great in the slow cooker. Don’t cut them up before cooking so they retain their shape. They break into chunks easily once cooked. Chicken breasts can be used if preferred but keep the pieces large to retain moisture.

Seasoning – The bold and aromatic flavour is brought by Chinese 5 Spice seasoning which is a blend of fennel, star anise, cloves, szechuan peppercorns and cinnamon. I supplement with garlic granules, chilli, white pepper, and a chicken stock cube. Honey, soy, sesame and mirin (rice wine vinegar) add sweet, salty and sour notes to the sauce.

Water – To cook the noodles.

Cornflour – To stabalise and thicken the sauce.

I cooked this in my Crockpot Time Select Slow Cooker (5.6L) slow cooker. The ingredients would also fit into a smaller slow cooker such as 3.5L slow cooker.

This is a great one pot meal which means there is a blend of carbohydrates, vegetables and protein all cooked together. So I often don’t feel the need to serve it with anything else. A perfect no fuss meal!

If I want to add some colour and bursts of flavour I scatter any of these toppings over:

If you want another idea for a one pot meal why not take a look at Slow Cooker Chicken Casserole.

Alternatively if you are cooking a fakeaway banquet here are some other slow cooker fakeaway recipe ideas!

Noodles – I like dried, medium thickness egg noodles as they retain their texture. Fresh noodles or fine noodles should be cooked for less time so they don’t break down.

Vegetables – Don’t be tempted to add the vegetables in at the same time as the chicken. To replicate that crisp, stir-fried crunch they need to cook for a shorter period.

Sauce – If the sauce appears thinner than you would prefer, you can leave the lid of the pot ajar for the last 30 minutes of cooking to allow some moisture to escape.

Chow mein is a very fragrant sauce, and have a balanced sweet and salty flavour. It should be rich and glossy in colour and thick enough to coat the noodles and vegetables.

What’s the difference between Chow Mein and Lo Mein?

Can you put noodles in the slow cooker?

Absolutely, provided the noodles are submerged in liquid they will cook. As they absorb liquid they will also help to thicken any sauces beautifully. Put them in for the last hour of cooking on the high setting to ensure they retain their texture.

Can I use fresh egg noodles for Chow Mein?

Yes, simply reduce their cooking time by half. Be aware they will not absorb as much liquid as dry noodles so less water should be added to the sauce to ensure it remains thick and glossy.

How do I store leftovers?

Put any leftovers in an airtight container or cover with cling film and refrigerate for up to three days. Reheat thoroughly in the microwave until piping hot. Stir half way through cooking to make sure the sauce is evenly distributed.

The recipe has a great balance of vegetables, protein and carbohydrates which makes for a fantastic meal. As it is cooked in the slow cooker rather than frying there is less oil added, reducing the amount of fat without sacrificing flavour. 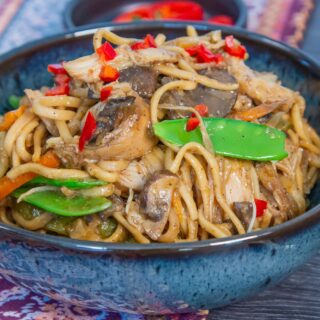 General note: Due to the variances between brands and sizes of slow cookers all cooking times given above are a guide only. Please ensure all meat is cooked thoroughly and food is piping hot throughout before serving. 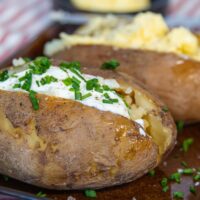 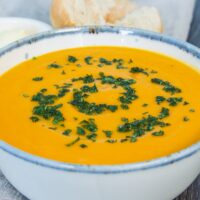 Tried this last night with the partner and 2 teenage daughters and it went down a storm: The flavour balance was spot on (might try 3 tbsp of honey though next time). I substituted carrot ribbons for sweet potato ribbons and omitted the mushrooms (daughters recommendation) and it was a delicious meal.

We'll be trying out the Thai Curry's, Lamb Tagine and Chicken Tikka Masala next. Going by this first dish I cant wait! Thanks Bec

Absolutely adored this Chow Mein, better than a takeaway because I can add more veg that I like...I added Parsnips and extra spice. This one recipe fed me for 4 days and it got better each day, I used fresh egg noodles and made fresh each day.... truly delicious 😋 The Korean beef is next week.

Really pleased you liked it, I like the sound of the parsnips too as they are sweet which would go nicely with the spices! Hope you enjoy the beef just as much. Thanks for the review.